Have you seen the movie “The Lady in The Van”? It is an interesting story, mostly true, about a homeless woman named Miss Shepherd who lived for years in a London neighborhood in an old van, parked in the driveway of a reluctantly kind bachelor named Allan.

After Miss Shepherd’s death, Allan wrote a play about his unusual experience and “The Lady in The Van” production ran for 9 months in London.

British Maggie Smith did the role of Miss Shepherd.

A few years later, the director of the play agreed to direct the making of the movie version, using the same actors.

I heard Maggie Smith in an interview say something very interesting.

She said she vastly preferred the movie experience over the play, because on the live stage, she felt abandoned by the director but in making the movie, she appreciated the director’s involvement and guidance at every step.

She felt his presence.

The beauty of this springtime in the mountains has made me feel God’s presence.

I love taking quiet early morning walks, singing with the birds and praising God with the riverwaters, the popping flowers and the newly-greened trees.

In the mornings I know God is indeed directing the movie of my life. He is involved and guiding me and I feel loved.

But then there are ‘night’ times – like yesterday, accepting the sad news that my long-loved friend is nearing heaven.

I feel small and alone on the stage of life and uncertain I can do what I need to do.

I once heard a story about a young man who, when he was 13 years old, had an accident that left him completely blind.

He was so devastated he stayed in his bedroom day after day for six months, until the morning his father came into his room and told him, “We need the storm windows on the house and that’s your job.  I want all the windows put up by tonight.”

The boy fumed. How can he expect me to do that? I am blind. That’s impossible!

He got angrier and angrier, until rage pushed him out. Okay. I’ll show him.  I’ll do it and I will fall from the ladder and be paralyzed and then my father will be sorry.

He made his way slowly to the barn, found the ladder, and took it to the side of the house, leaned it up, climbed it, and taking a storm window up with him, window by window, he put them all up.

Later he learned that all during that day, his father had never been farther than 4’ away.

But He never is.

In spite of my blindness and rage, during happy walks or sleepless nights, whether I feel Him directing the movie of my life, or if I feel abandoned on the stage, it’s all the same: God is always near.

That is just the way it is.

It is good for me to remember this today. 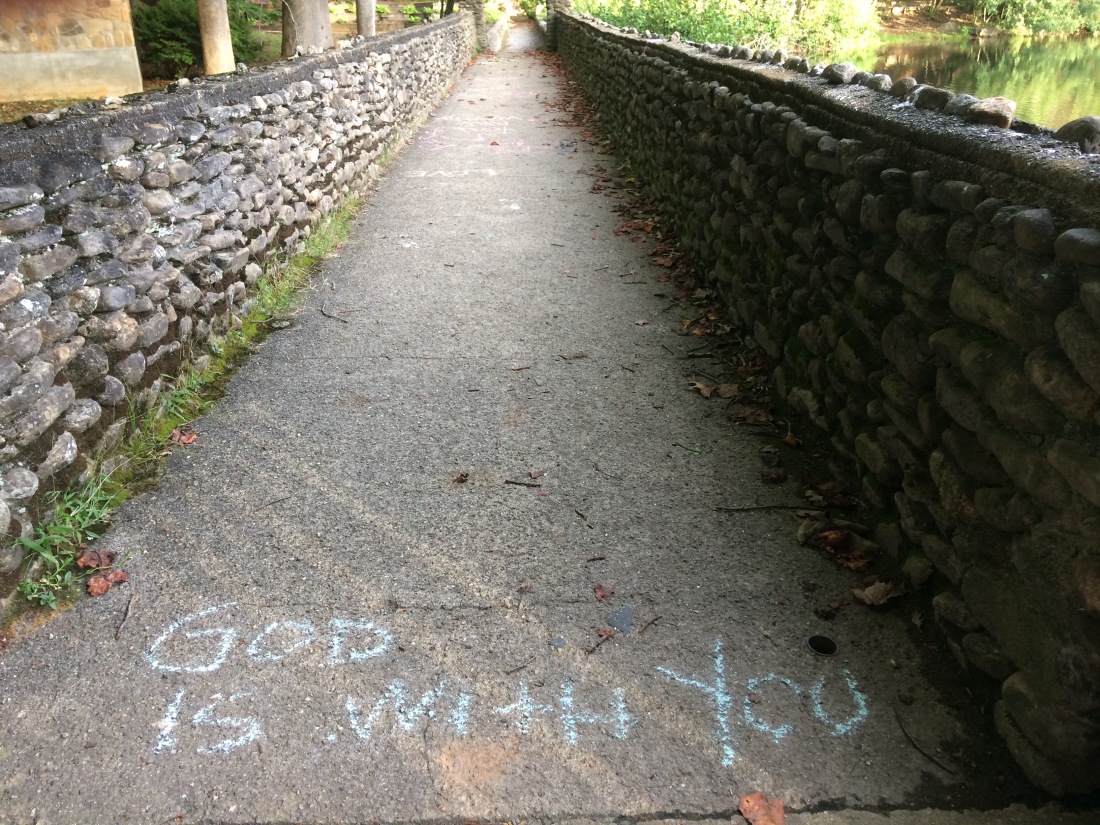 View all posts by sarahkeepsgrowingdown

4 thoughts on “The Presence”