I loved celebrating Easter in Bolivia.

For our Catholic neighbors, Good Friday was the day.

The streets would be filled with pilgrims, walking and seeking blessing by visiting twelve churches and giving homage to The Virgen.

Out of different cathedrals, people paraded in somber processions, carrying a life-size glass coffin with an image of a dead Jesus.

For us, Sunday was the day.

While it was still dark, we would get up, get dressed, and sit by the window . . . waiting, listening for the singing.

When we heard the voices of our church friends, we would go out and join them, walking and singing through the streets, meeting other groups of believers, making our way through the city and up the San Sebastian hill overlooking Cochabamba.

While the sun rose, thousands of Jesus followers celebrated in a stadium on the side of that hill.

After the service, outside the stadium, we would buy the special breakfast: api y buñuelos — cinnamon-sweet, purple corn drink and a delicious flat donut.

It was always a glad day.

On that hill, above the stadium, there is a remarkable monument: a larger-than-life dramatic bronze sculpture commemorating a very sad day, May 27, 1812.

At that time, many regions in South America were fighting for freedom from Spain.

In Cochabamba most of the men were gone to battles or had died, so Josefa Gandarilla, a blind grandmother, started a resistance movement and led a crowd of women, children, and elderly men up the hill of San Sebastian. 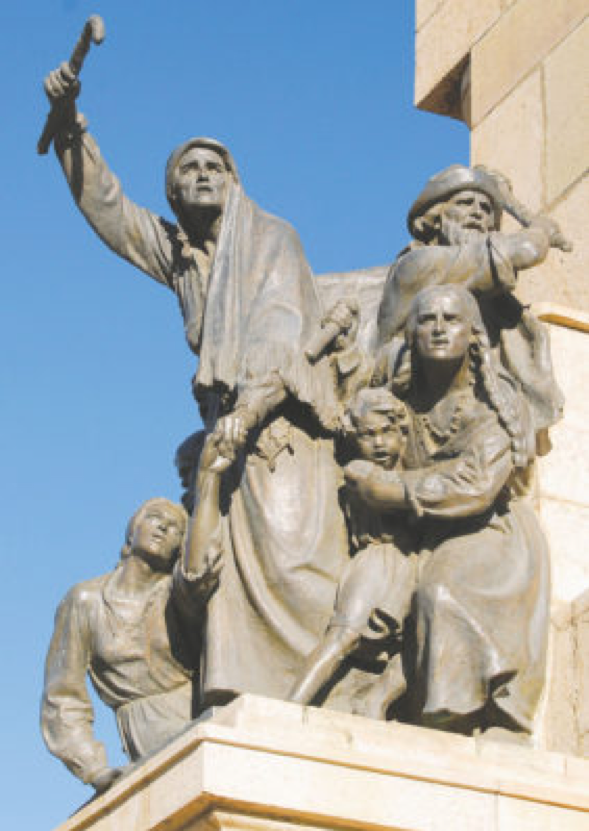 Armed with sticks, saucepans, and other minor weapons, they’d hoped to stop the Spanish, but tragically, they were all slaughtered.

Three days later, the city was occupied by their enemies.

It would be thirteen years later that Bolivia gained her freedom.

One hundred years later, the monument was made, and May 27th declared Bolivia’s Mother’s Day.

Two groups on the same hill.

One group went up, courageously, to fight for political freedom. They died for their cause.

The other crowd goes up annually, triumphantly, to rejoice in spiritual freedom. They worship the One who died for them.

If you could walk up the San Sebastian hill in Cochabamba, like a lot of tourists do, you would see another bronze statue on the top of that same monument: a tall Jesus. 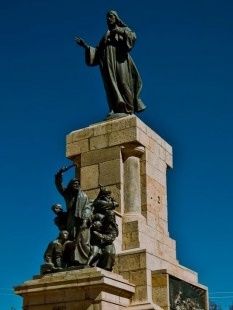 I wish I knew what the designer had in mind when he paired those two statues together.

I don’t much care for sculptures of Jesus, or of anyone really, because essence is rarely captured in clay or bronze.

This is especially true for the bland Jesus on San Sebastian hill.

Especially His powerful and intense love.

But it is thought-provoking.

Those women died for their families. For their friends.

But Jesus died for His enemies. For sinners.

I can’t join the Easter crowd going up to the stadium in Cochabamba, but I can make api y buñeulos and I can go to church and sing . . .

Amazing love! How can it be that Thou, my Lord, shouldst die for me?

Easter is always a glad day!

View all posts by sarahkeepsgrowingdown